A little bit of background information about myself.

My name is Lisa and I started my pet care business following voluntary redundancy after working 28 years for an educational charity.

My love and experience of animals started at an early age. When I was a little girl my parents bred and showed dogs. My mum now owns and runs a local boarding cattery.

My first pet was a guinea pig, called Ruben. I later was given a black dwarf rabbit called Blackberry. I also had a cockertiel called Tangi.

At twelve years old, I owned my first horse, Saffron; an Anglo-Arab whom I showed both in hand and under saddle.

I later bought an unbroken 8-year old delinquent Arabian, Mishari, who I broke in myself. Shari was a bit of a challenge to start with, but turned out to be the most versatile little horse you could wish for. Shari and I had 25 fun-filled years together.

Being made redundant has given me the opportunity to fulfil my lifelong ambition putting my knowledge, experience and caring nature to good use, offering a pet care service that I am absolutely passionate about and spending valuable time with my own pets. 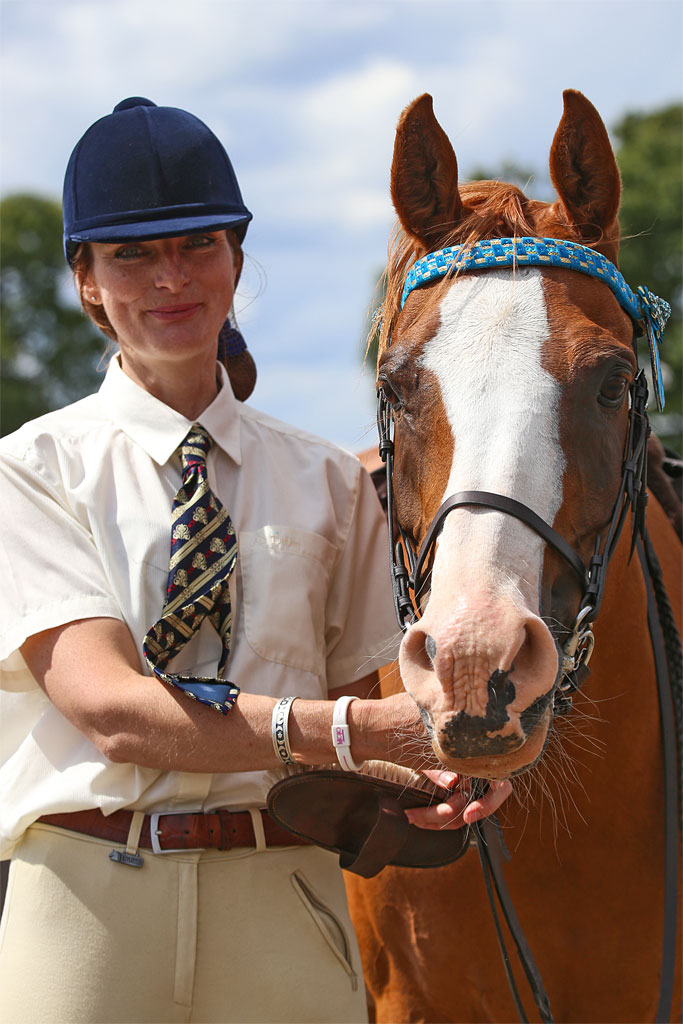 Selene and her proud Mum!